All for Women Healthcare Blog FACS 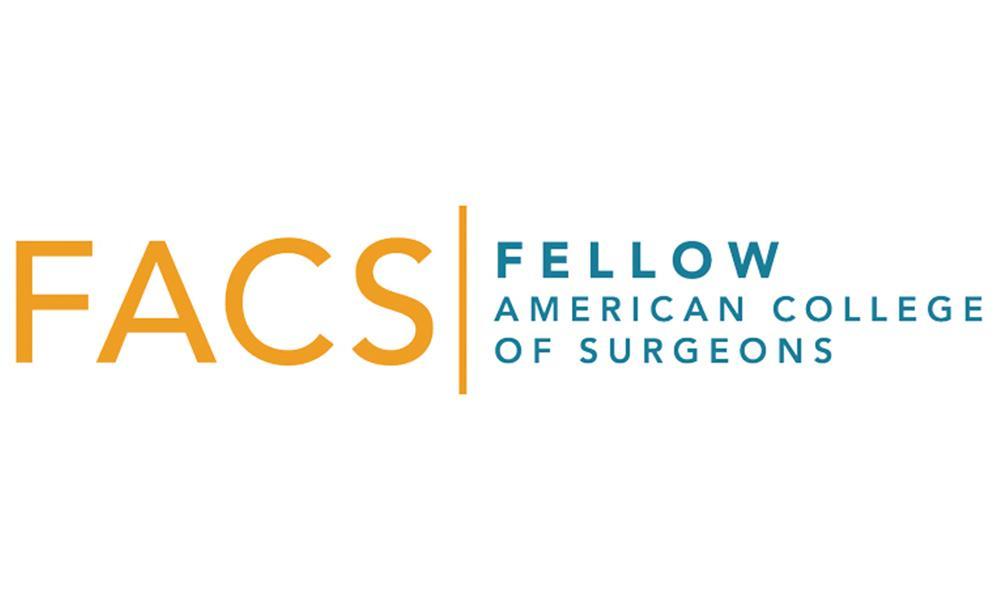 Dr. Tam was recently inducted as a Fellow into the American College of Surgeons. As such, she can now add to her title, the letters, “FACS” which stand for “Fellow of the American College of Surgeons.” Those letters after a surgeon’s name mean that the surgeon’s education and training, professional qualifications, surgical competence, and ethical conduct have passed a rigorous evaluation, and have been found to be consistent with the high standards established and demanded by the College.

The American College of Surgeons (ACS) is a scientific and educational association of surgeons that was founded in 1913 to improve the quality of care for the surgical patient by setting high standards for surgical education and practice. ACS is dedicated to improving the care of the surgical patient and to safeguarding standards of care in an optimal and ethical practice environment.

The American College of Surgeons admits to its Fellowship only those surgeons whose professional activity is devoted to surgical practice and who agree to practice by the professional and ethical standards of the College. These standards are outlined in their Statements on Principles.

The College currently has more than 80,000 members, including more than 6,600 Fellows in other countries, making it the largest organization of surgeons in the world. There are presently more than 3,200 Associate Fellows.

Her membership in the ACS, along with her COEMIG designation, is further assurance to all her patients that she brings to them the highest level of knowledge and expertise in healthcare, while maintaining a professional standard of ethical excellence in her practice. 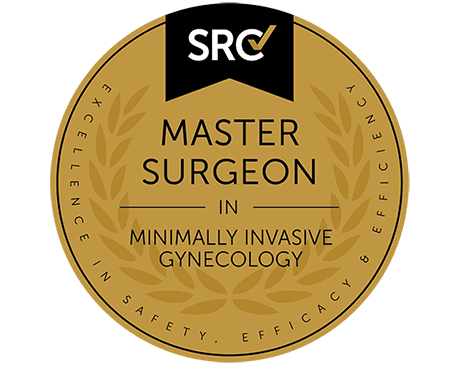 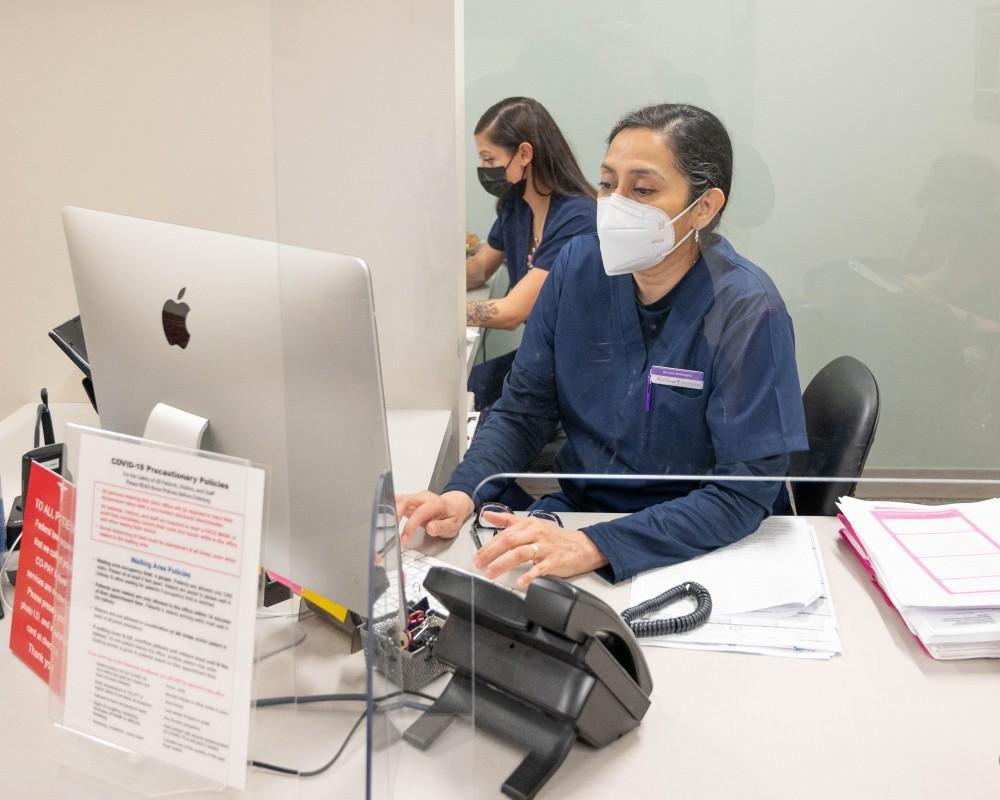 As an essential business, we remain open during the COVID-19 pandemic. We have instituted healthcare protocols recommended by the CDC and IDPH to safeguard our patients and staff. 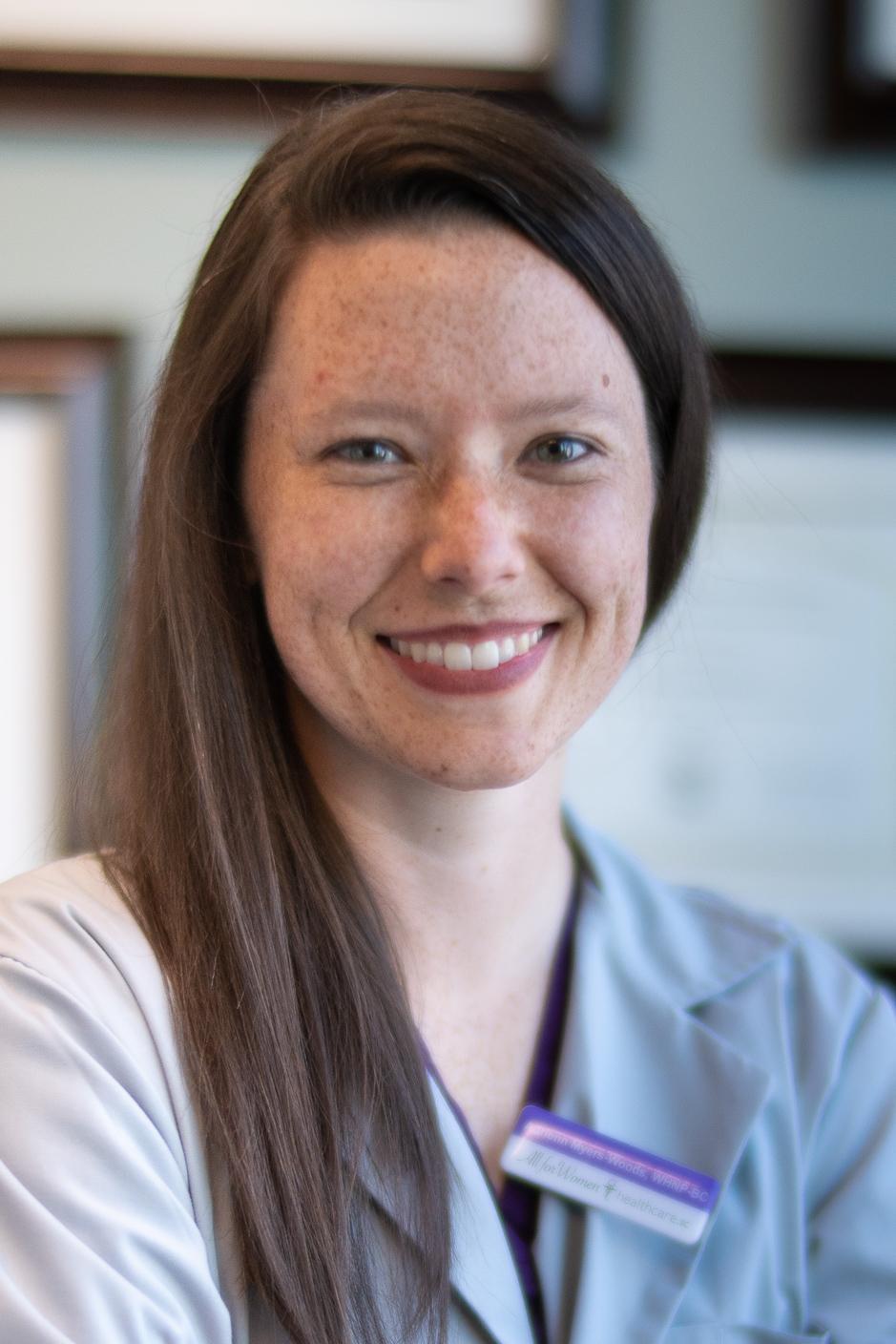 All for Women Healthcare welcomes Adrienn Myers-Woods, WHNP-BC, to our medical team! Update: Where is Arlette Suarez, WHNP-BC? 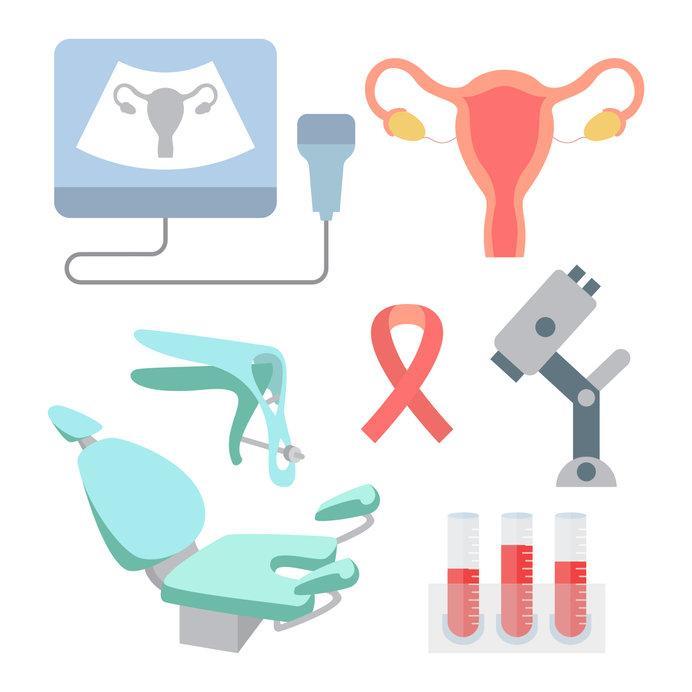 Having surgery raises concerns over operating rooms, hospital stays, general anesthesia, hours or days away from home, and COVID-19. We offer an in-office alternative for certain diagnostic surgical procedures, alleviating these concerns. 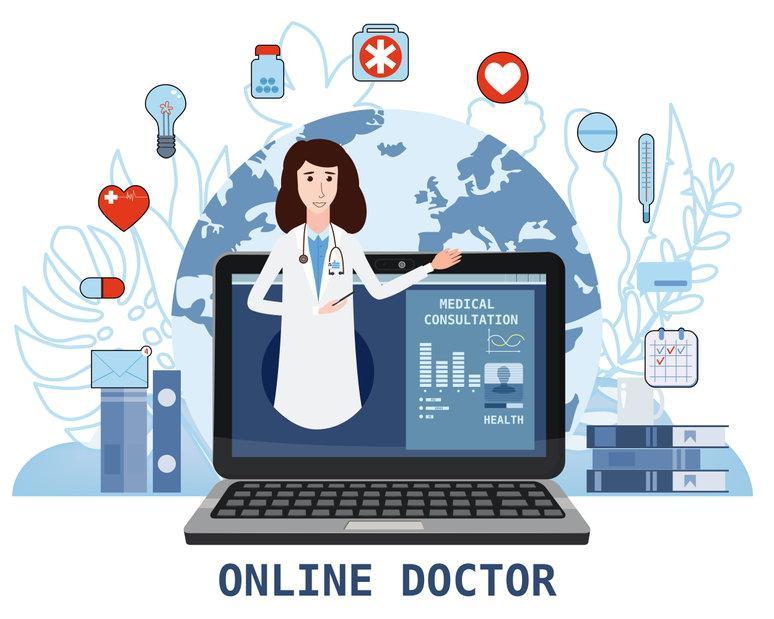 We now our patients remote "TeleHealth" appointments allowing patients to consult with Dr. Teresa Tam or Dr. Jenny Tam from the safety and privacy of their home 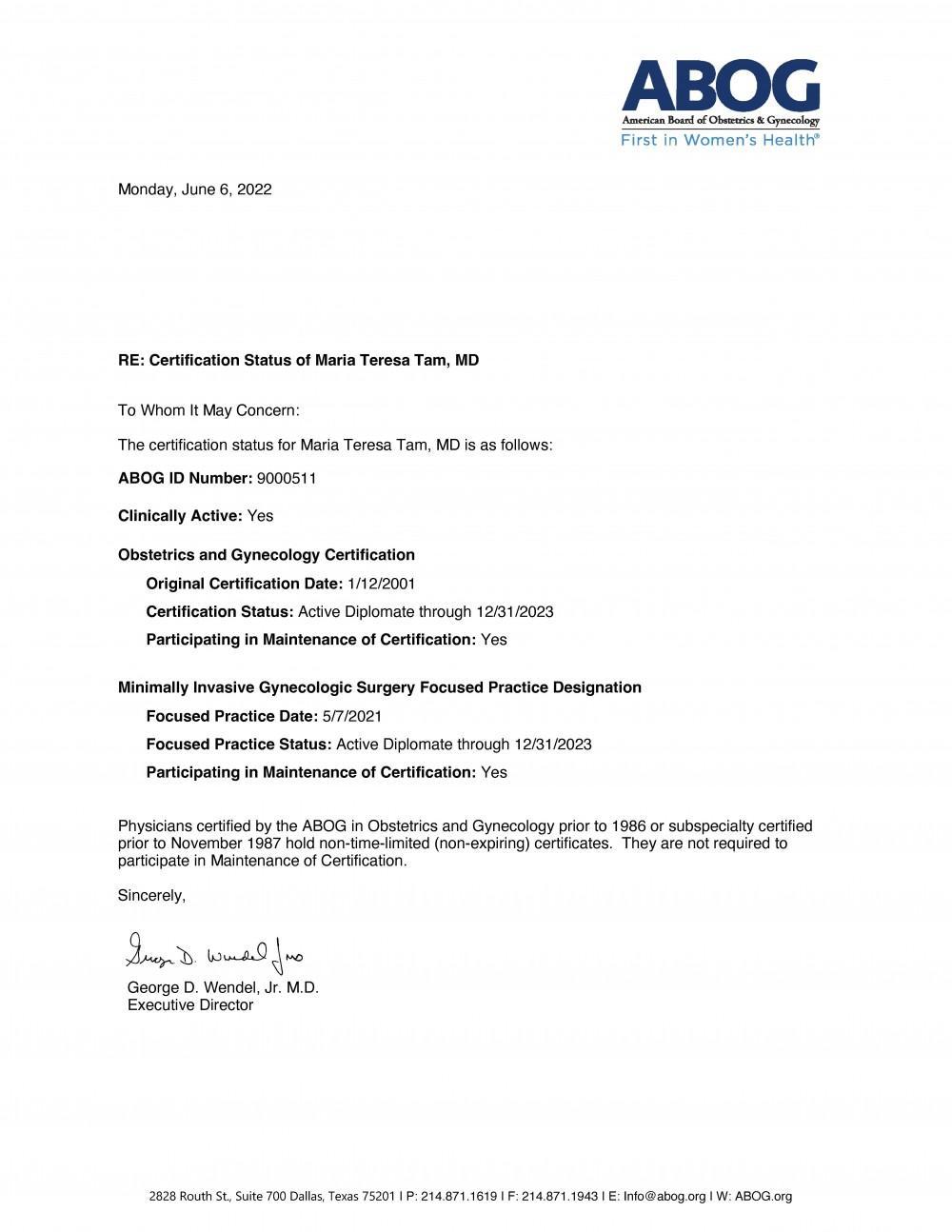 The MIGS Focused Practice Designation was awarded by the American Board of Obstetrics and Gynecology to Dr Teresa Tam, MD.2